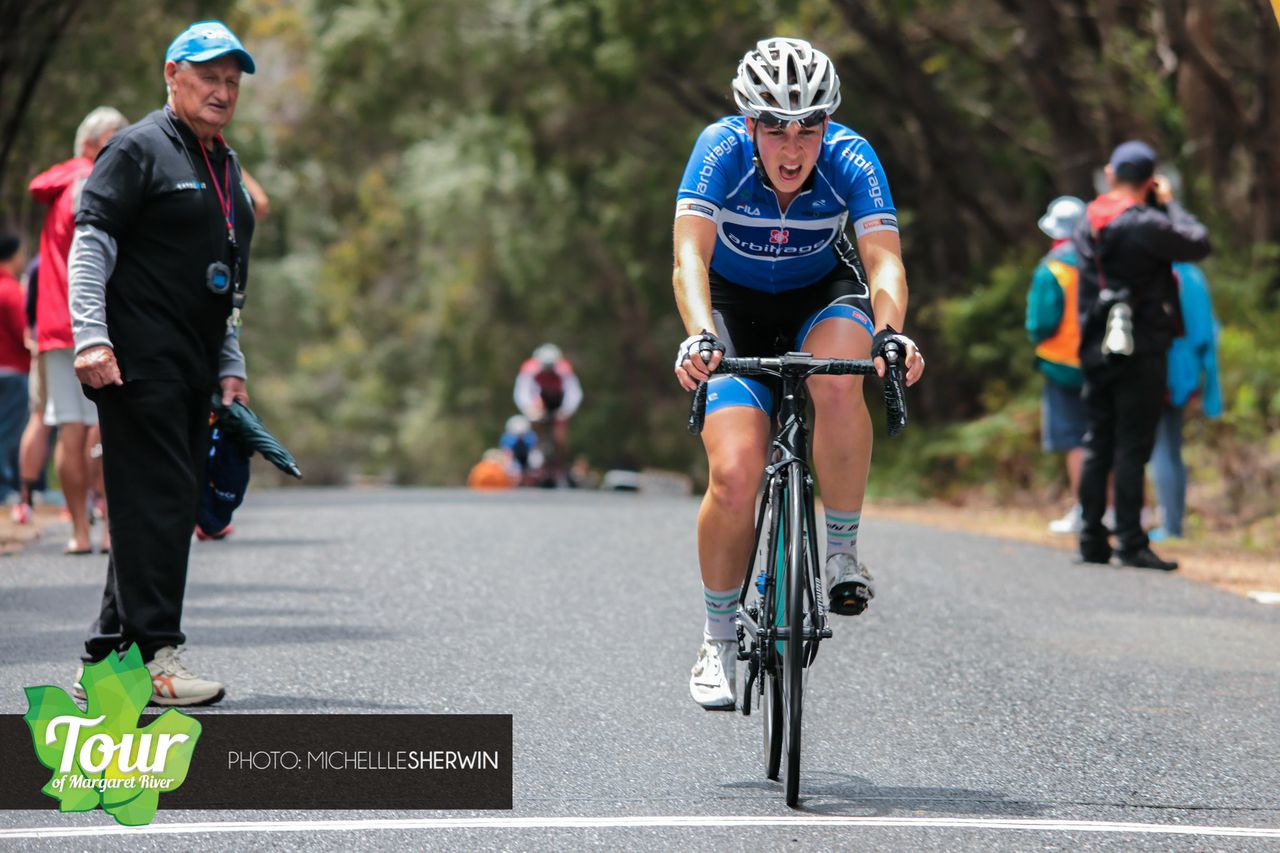 She may not class herself as a climber, but a decisive move on Stage 2 set Arbitrage Racing’s Rebecca Mackey up to win the tour’s Pink Jersey. Mackey didn’t have it all her own way though and had to see off strong challenges from team mate Cassia Higgs and up and coming star Erin Kinnealy.  All three riders consistently showed the ability to break away from the women’s peloton during the tour.  Mackey spent most of the final stage of the tour in a break with Kinnealy before riding away in the final kilometre to secure her third stage victory.